Dementia is a major issue worldwide, and considerable efforts were made to design therapeutic

mediation tools and evaluate their benefits on the health of patients.

Four nursing homes that offered separated access to one conventional sensory garden (CSG) and one enriched garden (EG). The participants were residents with dementia, independent for walking and with no severe dementia or behavioural troubles. Eligible residents were divided into three groups according to the proximity of their room: close to the CSG or EG gardens for the first two groups and further from the gardens for the third (control) group.

We asked staff members to frequently invite residents to visit the EG or the CSG depending on their group allocation. No invitation to gardens was made to the control group. We installed 12 enrichment modules in the EG that stimulated cognitive, independence and walking/balance functions.

Cognitive function (MMSE), independence for activities of daily living (ADL) and risk of falls (unipodal stance and timed up and go – (TUG)) were assessed at baseline and after 6 months.

The 120 participants were 81·0 ± 3·5 years old and comprised of 83 women. Their MMSE score was 17·5 ± 2·9. Patients’ characteristics were not significantly different between the three groups. Among the participants invited to visit the EG group, 6-month changes in MMSE showed improvement compared to other groups (+ 0·93 ± 0·65 vs −0·25 ± 0·71 and −0·24 ± 0·73 in the EG vs CSG and control groups, respectively, P < 0·0001). Changes in ADL, TUG and unipodal stance were significantly improved in the group visiting the EG as compared to other groups, which indicates better functioning.

Table : Changes from baseline in the Mini Mental Status Examination, the independence for activities of daily living (ADL), Unipodal stance and Timed up and go tests.

EGs offer a new approach to therapeutic mediation for residents of nursing homes with dementia. 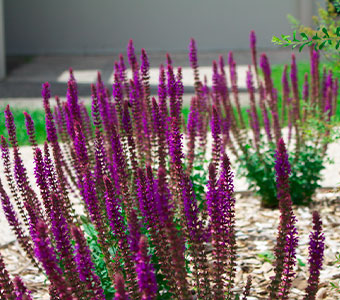